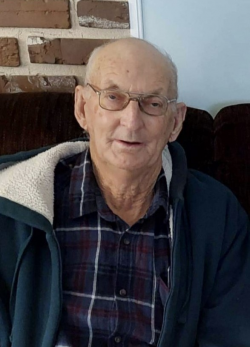 The passing of Keith Holmes Cawley, husband of Brenda (Richardson) Cawley of Stuart Town NB occurred at the Charlotte County Hospital, St. Stephen NB on January 18, 2023. Born in Saint John NB on August 28, 1942, he was a son of the late Everett and Alma (Holmes) Cawley. A loving husband, father, grandfather, and great-grandfather, in addition to his wife, Brenda, he is survived by his children: Krista (Paul) McNeill, Gina (Harry) Jesso and Bradley Cawley all of Deer Island NB; his grandchildren: Kayla (Jordan), Kalli, Nathan (Kaitlyn), Alyssa (Cole), Hailey and Nicholas; one great-grandson: Kaleb; and several cousins. Besides his parents, Keith was predeceased by one aunt, Nellie.

Prior to retirement, Keith worked in many sectors over the years including The Bank of Nova Scotia in Saint John and Irving Printing and Keystone Printing. Following his move back to Deer Island, Keith worked as a fisherman and retired as a heavy equipment operator working for Fundy Construction where he was employed for over 30 years. Keith was known as a jack of all trades who always had a project on the go. In his spare time, you could often find him puttering around the yard or tinkering with engines. He will be sadly missed by his family and friends.

Arrangements in the care of the St. George Funeral Home (755-3533) 26 Portage Street, St. George NB. As keeping with Keith’s wishes, there will be no visiting. A graveside service will take place at the Mount Hope Cemetery, Lords Cove NB on Monday at 2:00 pm with Rev. Richard Hovey officiating. In Keith’s memory, donations to a charity of the donor’s choice would be appreciated by the family.