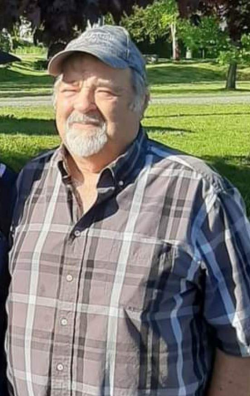 The passing of Gerald "Gerry" Norman Paul, husband of Edith (Lawton) Paul of Beaver Harbour, NB occurred at the Charlotte County Hospital, St. Stephen NB on January 3, 2023. Born in Blacks Harbour NB on December 29, 1949, he was a son of the late Norman and Charlotte (Henry) Paul. A loving husband, father, grandfather, brother and friend, in addition to his wife, Edith, Gerry is survived by one son: Michael Paul of Pennfield NB; two daughters: Angie Paul and Sue Paul (Dwayne Leslie) both of Beaver Harbour NB; his grandchildren: Adam, Rebecca, Makayla, Konner, Kaylee, Blayke and Aiden; four sisters: Pauline (Gerald) Vickery of Pennfield NB, Marilyn (Dave) Neathway of L’Etang NB, Winnifred Paul and Carol Stewart both of St. George NB; his brother-in-law: Enos Miles of Quispamsis NB; and many nieces, nephews and cousins. Besides his parents, Gerry was predeceased by his sister, Brenda Joyce Miles.

Gerry was a fisherman who worked most of his life on the water. He tended weirs on the Wolves Island (Pauls Cove) for several years and then he started fishing lobster until retirement. In their free time, Gerry and Edith enjoyed camping in their fifth wheel in Maine until Covid prevented them from travelling across the border. A friendly face and well-known member of the local area, Gerry will be missed by all who knew him.

Arrangements in the care of the St. George Funeral Home (755-3533) 26 Portage Street, St. George NB. Resting at the funeral home with visiting on Friday from 2-4 and 6-8 pm. No funeral service will be held. In lieu of flowers, donations to The Kidney Foundation, The Diabetes Association, the NB Heart & Stroke Foundation or to a charity of the donor’s choice would be appreciated by the family.