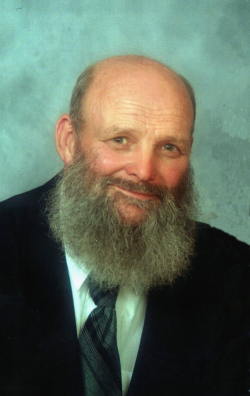 A true jack of all trades, Ronnie retired from Lake Utopia Paper where he worked for many years and at one time he had even served as President of Local # 523. To say Ronnie was a friendly guy would be a total understatement. His sense of humor and his wit allowed him to easily make friends with everyone he met. Once speaking to Ronnie for an hour, it truly felt like you had a friend for life and he was always one of the first to drop what he was doing to lend a hand to those who needed it. A great storyteller, he enjoyed telling tales and tinkering around his yard with his friends and sons. A dedicated father and husband, some of his favourite things to do was to go fishing with David and Jason or to travel the world with his wife, Joyce. His presence will be greatly missed but he will be forever loved by all who knew him.

Arrangements in the care of the St. George Funeral Home (755-3533) 26 Portage Street, St. George NB. As keeping with Ronnie's wishes, there will be a private family service held and a public graveside service will take place at the Pennfield Rural Cemetery in the spring. In his memory, donations to the Lung Association or to the Children's Wish Foundation would be greatly appreciated by the family.