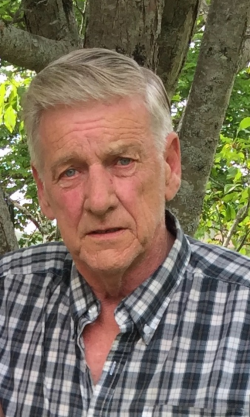 Prior to retirement, Nelson worked for Cookes Aquaculture in St. George and various other employers in the local area. A well known hunter and fisherman, Nelson once ran his own Guide Service and enjoyed helping tourists explore the local terrain. He truly loved and respected wildlife and in his later years was often found feeding the deer in his yard. Nelson was a friendly, social butterfly who made friends anywhere he went. Upon moving to St. Stephen some years ago, he became a regular at Tim Hortons and could often be found socializing with the guys who quickly became his friends. Nelson was the family storyteller and it was common for his grandchildren to gather around when he started telling his tales, his stories are something they will always treasure. His wit, friendly smile and demeanor will be greatly missed by his family and friends.

The family invite you to a celebration of Nelson's life, being held at the home of his daughter, Lisa, at 1103 Route 172, L'Etete NB on Thursday, December 22, 2022 from 2-8 pm to share in some refreshments and stories with the family of Nelson. A small, private graveside service will be held in Blacks Harbour at a later date. In Nelson's memory, donations to Charlotte County Cancer or to a charity of the donor's choice would be appreciated by the family.