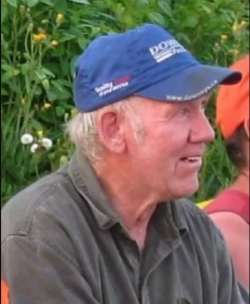 Leonard lived a simple life. He worked for A. Hatt Construction in Lake Utopia for the majority of his working career driving truck, operating heavy equipment and boom truck before his retirement.  When he wasn’t working or tinkering in the garage, he enjoyed doing puzzles, reading western novels, and playing cards.  He loved a good game of Crib, Spades, or his favorite, "63", where it was always great to be his partner.  Yes, he was that good.

The family would like to give special thanks to the Extra-Mural nurses that were a constant source of devoted care to him, and the nursing staff at the Charlotte County Hospital where he spent his last days.  Your dedication to his care and comfort did not go unnoticed.

Arrangements in the care of the St. George Funeral Home (755-3533) 26 Portage Street, St. George NB. Visitation for Leonard will be held at the Funeral Home Chapel on Tuesday from 12:00-2:00pm with the Funeral Service starting at 2:00pm. The interment will follow at the St. George Rural Cemetery. In Leonard's memory, donations to a charity of the donor's choice would be appreciated by the family. Online donations and condolences may be placed at www.stgeorgefh.ca