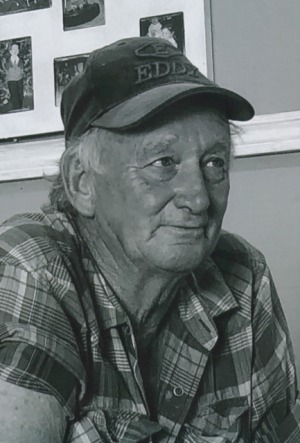 It is with broken hearts that the family announces the sudden passing of Rex Olsen Harris which occurred on Saturday, November 19, 2022 at his residence on Grand Manan. Rex was born on January 31, 1951 in Blackville, NB to the late Willard and Ruby (Jardine) Harris. He is survived by his loving cow footed darling and best friend of over 33 years, Lianne (Graham); children: Dalton of Montreal; Spindleshanks, horse toothed daughter Ashley, and his loving, foolish, son in law, Pat Cronk whom he sometimes preferred over his own flesh and blood of Grand Manan ; grandchildren: His bud, Ryker, his mini me Kollyns and Knox; chosen children: Megen (Brady) and Ethen (Danielle); siblings; Hiram, Kerry, Rita, and Kim all of Blackville; many nieces and nephews and Rex's canine friends, Millie and Papi. In addition to his parents, Rex was predeceased by his brother, Paul.

Rex was a devoted father, Papa Shango, Daddio and grandfather ("Rex") to his family. The love he had for his family was unending. He was a salt of the earth man and loved the simple things in life. He was a knee slapping, loud, boisterous, fun loving practical joker and enjoyed nagging at his family and friends. The more that you were the brunt of his jokes the more admiration he had for you. He had a love for trivia, a love of coin collecting despite them being taken and resold up Cedar Street, a love of buying Christmas presents and misplacing them in large black garbage bags, and he was a wealth of knowledge . Able to recite facts and tidbits at the drop of a hat. Rex worked as a Lineman for many years at NB Power.  He was and will remain a larger than life presence.

Arrangements in the care of the St. George Funeral Home (755-3533) 26 Portage Street, St. George NB. A Celebration of Rex's Life will be held from Immanuel Family Church on Thursday, November 24, 2022 at 1:00 pm. Private family interment to follow the service in Maple Grove Cemetery. Memorial donations may be made to the charity of the donor's choice.