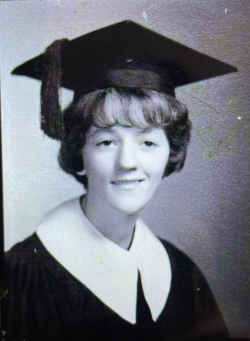 Prior to her retirement, Gail worked several years for Connor's Bros in Back Bay who was known for her speed and she was crowned champion several times of sardine packing. Gail loved eating good food, morning phone calls reaching out to her entire family, keeping everyone informed, she had a great sense of humor and enjoyed telling jokes, laughing and especially making other people laugh. She also had a fondness for country music and knitting for her family. Gail will be sadly missed by her family and all who knew her.

In keeping with her wishes, there will be no formal visitation or service. A celebration of life will be held at the Royal Canadian Legion, Branch # 40, St. George NB on Saturday, November 5, 2022 from 2-6 pm. In Gail's memory, donations to any food bank, homeless or animal shelter or a charity of the donor's choice would be appreciated by the family.