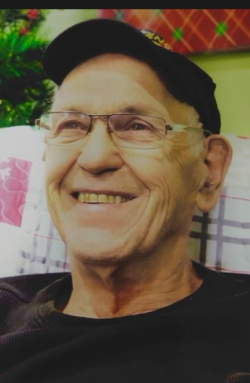 The passing of Fredrick "David" Burgess occurred peacefully at the Grand Manan Nursing Home, Grand Manan NB on October 14, 2022. Born in Springhill NS on March 21, 1948, he was a son of the late Frederick and Della (Fisher) Burgess. A loving father, grandfather, great-grandfather and brother, David is survived by his children: Dave Burgess (Lenora Guptill) of Grand Manan, David Burgess, Daniel Burgess and Donnie MacDonald all of Ontario and Patricia Burgess (Tim Baker) of Nova Scotia; several grandchildren and great-grandchildren; one sister: Darlene (Frank) Kantor of Saskatchewan; brothers; Bill (Jean) Burgess of Saskatchewan, Curtis (Sharon) Burgess of Ontario, Kevin Burgess of Nova Scotia and Tom (Elta) Burgess of Havelock NB; and many nieces, nephews and cousins. In addition to his parents, David was predeceased by one daughter: Tracy Thorne; and his siblings: Kay Melanson, Keith Burgess and Wayne Burgess.

Prior to retirement, David worked in various sectors in both Nova Scotia and Ontario and was known to be a hard and dedicated worker. He relocated to Grand Manan roughly 10 years ago to enjoy his retirement and to be closer to his son, Dave. An avid outdoorsman, David loved fishing or just being out in the woods. Known as a road runner, David also loved to travel and one of his favourite trips was a six week road trip to Alaska where he stopped everywhere he could along the way to see the sites.

Arrangements in the care of the St. George Funeral Home (755-3533) 26 Portage Street, St. George NB. As keeping with David's wishes, there will be no visiting or service. He will be laid to rest in Springhill NS with his family. In his memory, donations to a charity of the donor's choice would be appreciated by the family.