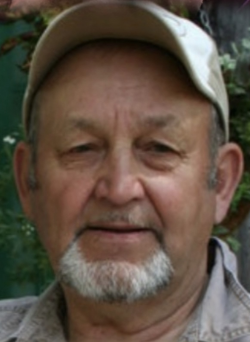 The passing of Lyle Brittain Boyd Sr. of Canal, NB occurred peacefully at home with his loving wife of 65 years, Ramona, by his side, on September 19, 2022. Born at St. George, NB on April 19, 1938, he was a son of the late Harold and Marie (Giggie) Boyd. A loving husband, father, grandfather, great-grandfather, brother and uncle, Lyle is survived by his wife Ramona; four sons, Brittain (Mary), Stephen (Mary), Kelly (Wilma) and Tim (Kerrie) and one daughter, Phyllis (Doug) Johnson; 11 grandchildren, Josh, Jason, Jeremy, Jacob, Felicia, Christina, Nicholas, Natasha, Bianca, Ashley and Elizabeth; 18 great-grandchildren; one brother, David Boyd of Manitoba; one sister, Carol (Ron) Prior of Ontario; several nephews and a niece. In addition to his parents, he was predeceased by one grandson, John Johnson; and one sister, Elizabeth "Betty" Boyd.

Lyle was a past member of Local 131 Insulators, Saint John. During his later years, after having three of his sons move west, he and Mona caught the "travelling bug" and enjoyed many trips to the prairies and the mountains. He loved spending time with the grandchildren and great-grandchildren as they came along. He loved the many exciting hunts he had with all his kids, but mostly when his sidekick Mona came along. In the last few years, a love of the Toronto Blue Jays was shared with his beloved Mona in front of the TV where they cheered loudly.

Lyle especially loved to fish with his friend of many years, Syd. He will always be fondly remembered as the "Candy Man" by many little children at The Family Worship Center, where he was a congregation member for many years. His big smile, warm handshakes and hugs, his prayers at the dinner table, back porch sitting with family and friends and deep love for his wife and family will live on in the hearts of all who knew him.

The family wishes to acknowledge and thank the nurses, especially Tammy Coutts and Lynn Tucker. with Eastern Charlotte Extra Mural for their excellent and compassionate care of Lyle. Your kindness and devotion will not be forgotten.

Arrangements in the care of the St. George Funeral Home (755-3533) 26 Portage Street St. George NB. Resting at the funeral home with visiting on Friday from 2-4 and 6-8 pm. The service will be held from the Second Falls Baptist Church, Second Falls NB on Saturday, September 24, 2022 at 2:00 pm with Rev. Reg Ward officiating followed by the interment in the church cemetery. In Lyle's memory, in lieu of flowers donations to Charlotte County Cancer or to the Second Falls Cemetery Fund would be appreciated by the family.