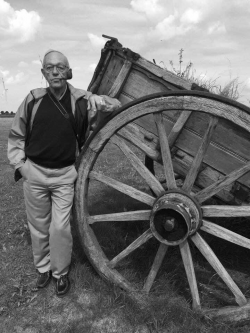 The passing of Richard H. Boone, husband of Barbara Jane (Tatton) Boone occurred at the Saint John Regional Hospital, Saint John NB on July 29, 2022. Born in St. Stephen NB on June 22, 1944, he was a son of the late James Herbert Guy and Katherine (Graham) Boone. A loving and devoted husband, father, grandfather and brother, in addition to his wife, Barbara, Richard is survived by one son: Gregory Boone (Brenda) of Caithness NB; one daughter: Jodie Tanguay (Ret. Sgt. Luc) of Prévost QC; grandchildren: Alexis Tanguay and Jessica Tanguay both of Prévost QC; two sisters: Hazel Venus of Delta BC and Charlotte Taylor of Perth-Andover NB; several nieces, nephews and cousins. Besides his parents, Richard was predeceased by one brother: Douglas Boone; and by one brother in infancy.

During his career, Richard worked primarily in construction. In his later years he was employed with the NB Department of Public Safety from where he retired. A very active and well known individual in his community, Richard was always one of the first to volunteer his time. He served on numerous boards and helped get many local projects off the ground. He enjoyed helping others and served as a Scout Leader and was once a member of the Lions Club. He was also a long time member of the St. George Baptist Church where he served as Moderator. His devotion not only to his family but to his community will be greatly missed by all who knew him.

Arrangements in the care of the St. George Funeral Home (755-3533) 26 Portage Street, St. George NB. There will be no visiting. A memorial service for Richard will be held from the St. George Baptist Church at a later date. In his memory, donations to the St. George Food Bank, The St. George Animal Shelter or to a charity of the donor's choice would be greatly appreciated by the family.