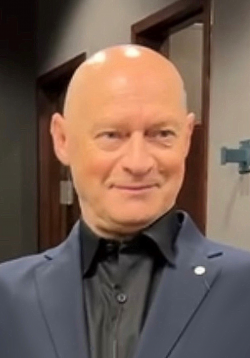 It is with great sadness that we, the family, announce the sudden passing of Marco Horvath of St. George, NB on July 26, 2022 at the age of 68.

Born in Brno, Czech Republic, he was the son of the late Ivan and Vera Horvath.

He is survived by his son, Brandon (Rachelle) Horvath of Bathurst, NB.

Marco left the Czech Republic at the age of 14. He then spent the next 15 years in Rome, Italy. Finally, he came home to Canada where he settled and began his family. He lived in Niagara Falls, ON before moving to St. Stephen, NB then finally settling in St. George, NB where he was a well known member of his community.

Marco was an avid Boston Bruins fan. In his spare time, he loved to be in nature either gardening or fishing. He was an amazing handyman who could fix anything. He was a car enthusiast, a wine enthusiast and a sports enthusiast. He was also a great cook who delighted in sharing his meals with those he loved.

Marco loved many things, but nothing more than his son who was his pride and joy.

As per his wishes, there will be no visitation or funeral services.

Instead, we leave you with the following lyrics from the song which he asked us to remember him by:

I traveled each and every highway

And more, much more

Donations in memory of Marco can be made to the St. George Food Bank located at 124 Main Street, St. George NB.