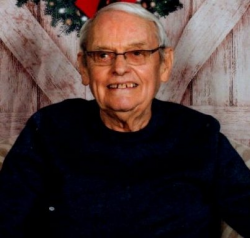 The passing of Byron Charles Clinch, beloved husband of the late Jean (Hawkins) Clinch occurred at Shannex-Parkland,  Saint John NB on June 29, 2022. Born at St. Stephen NB on March 29, 1937, he was a son of the late Charles and Pauline (Craig) Clinch.

A beloved brother, uncle and friend, he is survived by his sister; Gail (Archie) MacDougall of Cornwall ON, nieces: Karen MacDougall of Cornwall ON and Janet Goss of Fredericton and nephew; Bill (Peggy) Goss of Fredericton NB as well as several cousins. In addition to his parents and his beloved Jean, he was predeceased by his step-sister; Elaine Hunter; step-brother Rufus Goss and his favorite nephew, David MacDougall.

Prior to his retirement, Byron worked a 35year plus career with Canadian Pacific Railroad retiring as a supervisor. He then, along with Jean spent most of their time enjoying life, spending winters in Florida and summers at their cottage on Lake Utopia. Byron enjoyed boating and sailing as well as woodworking. He was a former member of the Masonic Lodge, St Andrews NB. He will be sadly missed by all who spent time and got to know him.

At his request there will be no visiting. Service of celebration of Byron's life will be held from Christ Church (Anglican) Pennfield NB on Friday, July 8, 2022 at 2pm with Rev. Caleb Twinamastiko officiating followed by interment at the Presbyterian Kirk Cemetery Pennfield.

In memory of Byron, donations to a charity of the donor's choice would be appreciated by the family. Arrangements in the care of the St. George Funeral Home & Crematorium (755-3533), 26 Portage St. St. George NB.  Online donations and condolences may be placed at www.stgeorgefh.ca