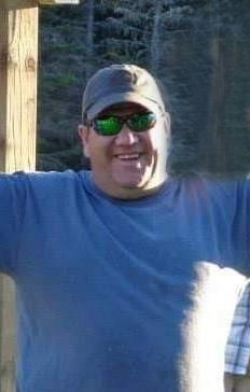 A loving husband, father, grandfather and brother, he is survived by his beloved wife Naomi of Musquash NB, his children; Kelsey Brooks of Musquash NB, Samantha (Daniel) MacKenzie-Granger and Jacob Brooks both of Grand Manan NB, grandchildren: Emmalyn Bainbridge, Hudson Brooks, Issac and Arthur MacKenzie- Granger, brothers: Michael (Arvella) Brooks of Edmonton AB, Ricky Brooks of White Head Island NB, sisters: Beverly (Brian) Doyle of Ontario, Heidi (Burt) Cohen of BC and Kelly (Danny) Libby of St. Stephen NB as well as several nieces, nephews and cousins. In addition to his parents, he is predeceased by his brother Jeffrey.

Kirk held many occupations from working on the tugs for Atlantic Towing in Saint John NB, fish farming, lobster fishing, commercial diver, and as of late, the start of a new job out west as a mechanical engineer. He was an avid outdoorsman having come from White Head and loved the water and sailing his sail boat. He loved all things with a motor and especially his bike and motorcycling. One of his greatest achievements which gave him a great deal of pride was getting his pilot's license, which he worked very hard for. He loved to fly and was a member of the St. Stephen Flying Club. He will also be remembered as a gifted builder and was known to build anything from pallets. He will be sadly missed by his family and all who knew him.

Resting at the St. George Funeral Home (755-3533) 26 Portage Street, St. George NB with visiting on Tuesday from 6-8 pm as well as at the White Head Island Baptist Church on Thursday from 6-8 pm with the service from the church on Friday at 1:00 pm with Rev. John Banks officiating followed by interment in the church cemetery. In Kirk's memory, donations to the Alzheimer's Society of New Brunswick, Charlotte County Cancer Society or a charity of the donors choice would be appreciated by the family.

Kirk's funeral service will be streamed online. We ask that you pre-register at this time for the live streamed memorial service.  Once registered, we would like to invite you to add your photos, sign the guest book and share stories of kirk by clicking here: