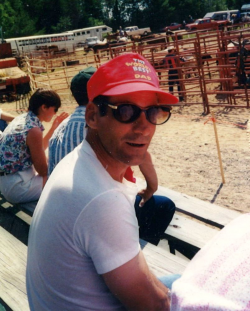 Gordon Dale Anderson passed away at the Charlotte County Hospital, St. Stephen NB on Sunday, May 29, 2022 at 5:05 pm. Born in St. Stephen NB at the old hospital on January 27, 1950, he was a son of the late Phillip and Evelyn (Scott) Anderson.

In addition to his parents, Gordon was predeceased by his brothers: Robert, Marvin and Steven; nephews: Michael, Owen, Marty and Christopher; one niece: Sheila; and his brother-in-law: Tim Leavitt.

Arrangements in the care of the St. George Funeral Home (755-3533) 26 Portage Street, St. George NB. A private graveside interment will be held at Moores Mills Cemetery, Moores Mills NB at a date to be announced. In Gordon's memory, donations to a charity that is close to the donor's heart would be appreciated by the family.