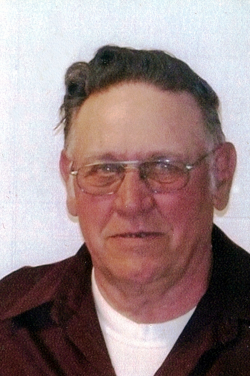 Peacefully at the Charlotte County Hospital, St. Stephen NB on May 13, 2022, Albert Coulton of Utopia NB went home to be with the Lord. Born in Blacks Harbour NB on April 22, 1940, he was the son of the late Albert Coulton Sr. and Leila (Leavitt) Coulton. He was a loving father, grandfather, uncle and brother.

He is survived by his children: Christine (Wayne) Patterson of Pennfield NB, Gary Coulton of St. Stephen NB and David Coulton of Utopia NB; his grandson: Dennis Patterson of Pennfield NB; his sisters: Pearl French of St. Stephen NB, Barbara Leblanc of St. George NB, Joan Munn of Doaktown NB and Phyllis (Phillip) Kelsey of Ontario; and his brother: Nelson Coulton of St. Stephen NB. Besides his parents, he was predeceased by his wife of 59 years, Joyce (Kaglar) Coulton; his son: Roger Coulton; and his sisters: Wanda Seeley, Freda Watts, Andrea Cooke, Arlene Coulton and Aldene Coulton.

Albert worked for Connors Brothers for many years. After retirement he spent many hours making lighthouses, birdhouses, wishing wells and many other items from wood. After many years of living in L'Etang NB he moved to Utopia NB. There, he settled right in and soon became good friends with his next door neighbour. He faced his cancer diagnosis with courage and was determined to live his best life, which included tipping and hunting with his son David. He always enjoyed hunting, fishing, camping and being in the great outdoors. He will be missed but will always be in our hearts.

As keeping with Albert's wishes there will be no visiting or funeral service. Donations in Albert's memory can be made to the Cancer Society or to a charity of one's choice. Arrangements in the care of the St. George Funeral Home (755-3533) 26 Portage Street, St. George NB.