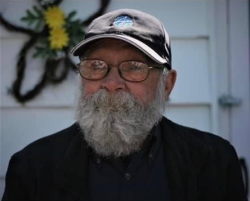 At his residence at Utopia on April 17, 2022, Mr. Frederick "Little Freddie" Peter Patterson passed away peacefully with his family at his side. Born at Blacks Harbour NB on February 22, 1950, he was a son of the late Frederick and Jennie (Gaudett) Patterson.

Prior to his retirement, Freddie began his working career at Holmes Andersons Garage until 1972 when he went to work for Connors Brothers at their maintenance garage, where he did mechanical work as well as operated heavy equipment. He eventually went to the Can and Cover Division where he worked for a number of years as a machinist, and remained there through the Ardough and Trivium years, until his retirement in 2021.

Fred was also a motorcycle enthusiast and loved travelling on his bike in the summer. He loved watching his grandchildren participating in sports and enjoyed tinkering with Blair in the garage, whether it was building things or repairing something. Freddie was always up to help a friend. He will be sadly missed by his family and all who knew him.

The family would like to express their gratitude to the caregivers who made Freddie's stay at home possible. A special thanks to Larry Cunningham and Chris Wong for their countless errands and his close friends Ronnie Justason and Blair Thorne for their many visits. Forever appreciated.

Resting at the St. George Funeral Home from where the service will be held on Thursday at 3:00 pm with Rev. Greg Card officiating followed by interment in the St. George Rural Cemetery. Visiting will be held prior to the service from 12-2 pm. In Freddie`s memory, donations to the Charlotte County Cancer Society or a charity of the donor's choice would be appreciated by the family.