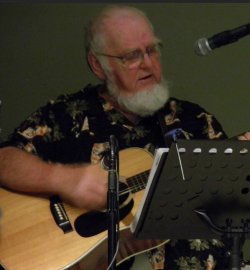 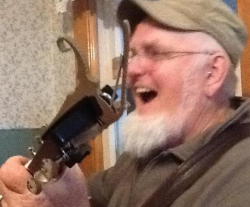 Bob was a stellar guitar player and with amazing natural talent and lots of hard work, he was always wowing his family and audiences alike. He dearly loved his Gibson J200 and the hundreds of musicians he jammed with over the years. Music was his absolute passion in life.

Prior to retirement, Bob enjoyed many different jobs. From fishing with his father, logging out west, being First Mate on Deer Island Ferries or doing many, many odd jobs, he always kept busy. He was inquisitive by nature and was always researching something he had discovered. He was an only child and was always worried about not having a legacy to leave behind, but from that only child, his treasured family grew and he was so proud of them all.