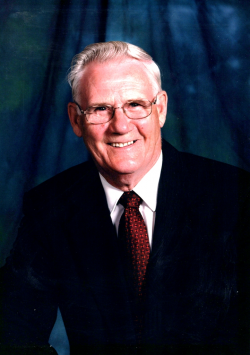 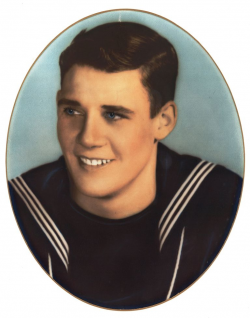 Charles Ernest McClanaghan, 86, of St. George, NB, passed away at the Charlotte County Hospital on April 5, 2022 of stroke and heart complications.

Charlie was born on April 20, 1935 in St. George, NB to the late Frederick and Gussie (Leavitt) McClanaghan. Charlie grew up in St. George and was educated in the public schools. As a teen, he loved spending his time around horses.

One of Charlie's biggest accomplishments was being a father. He has always wanted children and considered himself lucky enough to have two. He was affectionately known to all his grandchildren as "Gumpy". Being a kind and dependable father and grandfather was of the utmost importance to Charlie and he certainly did not disappoint when it came to wholeheartedly loving his family. He was always there for them cheering them on through their ups and picking them up through their downs.

Charlie served five years in the Royal Canadian Navy. Over the years following his service in the Navy, he worked for Connors Bros, then moved to Brantford, ON and worked as a gifted carpenter. Upon returning to St. George, NB he worked at Point Lepreau Nuclear Plant and was a member of the Carpenter's Union. Prior to his retirement from Mount Pleasant Tungsten Mine, he was called into full time ministry as an ordained Pastor. He served his heavenly Father as a teacher, elder, deacon and counsellor to countless people. He trusted God completely and listened daily for His instructions. He was selfless, lived to please God and allowed the Lord to guide his steps. He was a great example of a man that followed God, and there is no doubt his legacy followed him to Heaven.

Charlie was always such a gentleman - well mannered and polite, but always quick with a witty remark or a story that left you laughing. His joviality and good nature attracted people the moment he walked in the room, and no one could forget his clowning around. He loved to have fun and make people laugh. He loved animals and enjoyed traveling. Not many years ago he also enjoyed hunting, gardening, riding his four-wheeler and spending time at their camp where many great memories were made with family and friends.

"Dad and Gumpy, we love you more than words can ever say. You were the greatest example of unconditional love and we were loved by you. Your wings were ready ... but our hearts were not."

Resting at the Sea View Full Gospel Church, Back Bay, NB on Thursday, April 7, 2022 from 2-4 and 6-8 pm. A funeral service will be held from the church on Friday, April 8, 2022 at 2:00 pm with Rev. Gordon Cooke officiating and Rev. Randy Crozier assisting. Interment to follow at the St. George Rural Cemetery. In Charlie's memory, donations can be made to the Heart & Stroke Foundation.