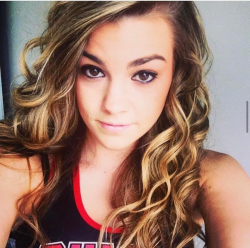 It is with heavy hearts that we announce the unexpected passing of Stephanie Elizabeth Ross at her father's home on March 29, 2022. Born at Saint John NB on July 4, 1994, she was a daughter of Earl Ross and Carolyn (James) Martel.

Stephanie had the most infectious smile that would light up a room and a laugh like no other. She loved her family and friends fiercely. She had an ability to not hold back and say exactly what was on her mind, which often brought a smile to the faces of those around her. She gave her all in everything she did and to everyone she cared about. She had a bubbly personality and so much confidence. She never gave up hope the world could be a better place. Stephanie had the kindest heart. She was well loved and will be missed by many.

A celebration of life will be held on Grand Manan at a later date.

A funeral service and graveside service will be held at the Saint Joseph's Parish, Petit de Grat, NS at a later date.

In Stephanie's memory, donations to the Grand Manan Addictions Services or to a charity of the donor's choice would be greatly appreciated by the family.