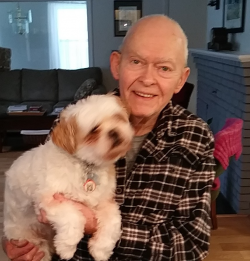 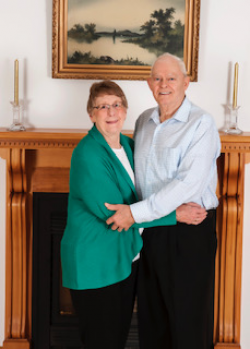 It is with great sadness the family of Bruce William Dunwoody announce his unexpected passing on February 15, 2022.

Born in Winnipeg, Manitoba on January 8, 1940 to the late William Dunwoody and Florence (Blair) Dunwoody, Bruce was the oldest of six children. In 1950, the family moved to Dauphin, Manitoba where Bruce later graduated from Dauphin Collegiate.

In 1965, Bruce met Patricia (Pettifer) in Lynn Lake, MB. They were married in 1966 and moved to New Brunswick in 1970. They had just celebrated their 56th wedding anniversary on February 11th. Bruce was very proud of his children, grandchildren and his great-grandson.

Early in his career, Bruce was employed by Manitoba Telephone System, Sherritt Gordon Mines, Manitoba Hydro, and Potash Company of America in Saskatoon. After moving to New Brunswick, Pat and Bruce raised their family in St. George where Bruce worked in the Instrumentation Department for Lake Utopia Paper, retiring in 2000.

It was not difficult for Bruce to keep busy after retiring. Being an innovative thinker, you could always find him designing and creating new ways to heat his home. He had a passion for gently used air conditioners and could always be found in his garage tinkering with them. In addition, he very much enjoyed going to yard sales with his children and finding a good deal.

A quiet man who enjoyed fishing, gardening and getting out with family and friends for a good feed of fish and chips. He often would take pictures of his orchids to send to his daughter Alison to brag about how nice they were. During his time in St. George, he resumed his love of curling and he and his daughter Gayle won the bonspiel in his last curling game.

Over the years he had many family pets and loved them all, especially his last two, Bentley and Spencer, who held a special place in his heart.

He was Poppy to his grandchildren Jessica, Mary, William, Benjamin, Cameron, Carter, Hudson and Kyle and great-grandson, Noah Bruce.

In addition to his parents, he was predeceased by his sister Maureen Christiansen.

Arrangements are entrusted to Fundy Funeral Home, 230 Westmorland Road (646-2424). Visitation will be held on Friday, February 18, 2022 between the hours of 2:00 – 6:00 p.m. Due to the on going pandemic, proof of vaccination with a piece of government issued ID is required.

Donations in Bruce’s memory may be made towards the Saint John Regional Hospital Foundation or to the St. George Animal Shelter.