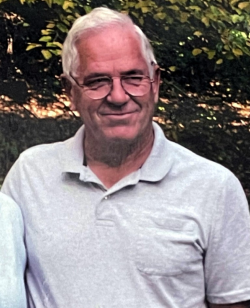 He is survived by his wife of nearly 55 years, Hope Green and their three children Stephanie Green (Trent Larson) of Edmonton, AB, Rachel Green (Michael Zani) of Cresson, PA, and Carson Hillman Green of Grand Manan.

Carson was born on Grand Manan on April 19, 1946 to the late Blair Snowdeal Green and Dorothy Green. Carson attended Grand Manan Schools and graduated in 1964. He went on to attend United Baptist Bible Training School and received Grade 13 certificate. He then attended two years of college at Acadia University, Wolfville, NS.

On October 21, 1967 he married Hope Frances DeBrandt (Naylor) in Tarrytown, NY after which they moved back to Grand Manan where he was employed as a commercial fisherman.

He returned to Grand Manan in 1974 to continue teaching. During his lifetime Carson worked in numerous professions including teaching, commercial fishing, plastic extrusion, plant manager to name a few. In 1983 the family moved to Florida until 2015. We ended up buying a sailboat to retire on but came back home to Grand Manan instead.

Carson loved all sports and had coached basketball, badminton and Judo. He played ice hockey and was on the college wrestling team. In later years, he enjoyed playing racket ball and had taken up golf and pickle ball.

He was a man of few words but always had time for anyone, especially his children.

In addition to his immediate family, Carson is survived by Sharon Greenlaw (a sister more than a cousin) and a multitude of cousins and friends.

Lastly Carson would want to say a word about his savior, Jesus Christ, and the peace that passeth understanding. May God bless you all with it.

A memorial service for Carson will be held on Saturday, April 16, 2022 at 1:00 pm from the Lighthouse Church, Grand Manan NB. In Carson's memory, donations to the Charlotte County Cancer Society would be greatly appreciated by the family.