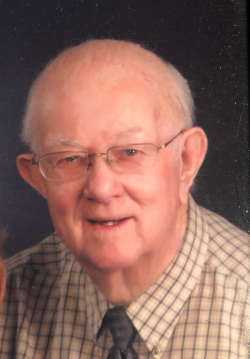 Returning to Back Bay, as a small boy, he was raised by his grand-parents, Clinton and Hannah French.

Bobby graduated from the Back Bay High School.  He retired from the FAFNIR Bearing Co. in New Britain, CT after many years of services as an aircraft bearing inspector.  He was a member of the St. George Baptist Church in St. George.