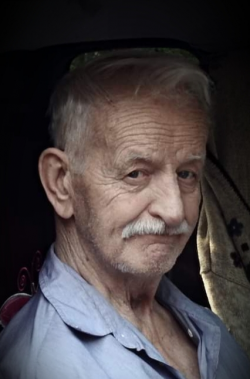 At the Saint John Regional Hospital, Saint John NB, on December 9, 2021, Mr. Donald Frederick Geldart, beloved husband of the late Shirley Mae (London) Geldart. Born at Saint John NB on August 23, 1934 he was a son of the late Vincent and Freda (Coles) Geldart. A loving father, grandfather and brother, he is survived by his daughters: Gail Taylor of Canal NB, Fay (Murray) McKeeman and Nancy (Peter) Lawton both of Bocabec NB, his son; John (Claudia) Geldart of Lakefield ON, four grandchildren: Jill (Chris), Graham, Jared (Jillian) and Anna (Ryan); four great grandchildren: Jaxon, Ian, Landen and Sawyer, his sisters: Barbara and Elizabeth "Beth" as well as several nieces, nephews and cousins. In addition to his parents, he was predeceased by his wife Shirley.

Prior to his retirement, Don had served with the Royal Canadian Air Force for 12 years as a Air Frame Technician. Following his career with the air force he worked in carpentry trade and security, where he was employed for several years with Ganong's as well as various aquaculture sites. Don also wore many other job titles such as boat building in his younger years as well as scuba diving. Don was self taught and educated on many things  as he was an avid reader and could often be found reading fiction or until recently, books on nature, conservation and many other intellectual titles dealing with changing times and politics.

Don will also be remembered for his physical fitness ability as well as his love of the outdoors and nature. He loved kayaking the local lakes and rivers, skiing, and remembered as the guy who would be seen daily on the Back Bay Road jogging from L'Etang to St. George. He also was fond of music and enjoyed playing the harmonica and was once a member of the Town and Country square dance group. He will be sadly missed by his family and friends.

Resting at the St. George Baptist Church with visiting on Thursday from 6-8 pm. The service will he held on Friday at 2pm with Pastor Jason Hooper officiating followed by interment in the St. George Rural Cemetery. In Don's memory, donations to the NB Heart and Stroke Foundation, Alzheimer's Society of NB or the Nature Conservatory of Canada or a charity of the donors choice would be appreciated by the family.

In keeping with Covid 19 protocals, proof of vaccination and photo ID are required to attend the visiting and funeral service for all 12 and older.