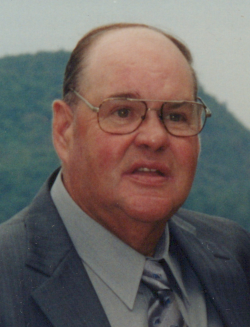 At the Charlotte County Hospital, St. Stephen NB on October 21, 2021, Mr. R."Gene" Laskey, beloved husband to Dorothy (Campbell) Laskey passed away. Born at Blacks Harbour NB on May 19, 1942, he was the son of the late Raymond B. and Myrtle (Adams) Laskey.

A loving husband, brother, uncle, brother in law and friend, he is survived by his beloved wife Dorothy, dear brother to Linda (Hawkins) DesLauriers and brother in law Paul DesLauriers, nieces: Janet (Mark) Laudy, their children: Kate and Sam and Julie Maguire and her children: Ali and Collin, his brother in laws: Troy Campbell and Darren Campbell (Sandy), and his children as well as special friends: Susan McKillop and Mason and Minnie Mitchell.

Prior to his retirement, Gene began his working years, along with his dad, on the water on his dads boat, for Connors Brothers, hauling herring until his dads sudden death. Gene had to bring his dads boat in by himself. He then went to work in the factory for many years while taking care of his mom (or they took care of each other).Following his moms passing, he went to live with his sister and her family for a year in Glen Falls NY and upon returning, met his wife Dot, and have been married 34 years.

Gene was an avid sports fan, especially baseball and hockey. In his early years he could be found at the ball field in Blacks Harbour, playing for various league teams as well as the Brunswicks. Recently he donated his glove to the Blacks Harbour Museam. He was a devoted Boston Red Sock fan and had even travelled to Boston to see them play.

He also was at one time a regular at the arena in Blacks, showing his support for the local talent and was a former manager for the Beaver Harbour Beavers of the former Fundy League. Gene also loved Country and Western music as well as an Elvis fan and in fact, could often be heard belting out the tune "Hound Dog". He also loved his word search puzzles and watching TV, especially westerns. he will be sadly missed by his family and all who knew him.

There will be no visiting at the funeral home. A graveside service will be held at the St. George Rural Cemetery on Sunday at 2pm with Pastor Gordon Cooke officiating. Covid Protocals will be in effect requiring mask usage. In Gene's memory, donations to a charity of the donors choice would be appreciated by the family