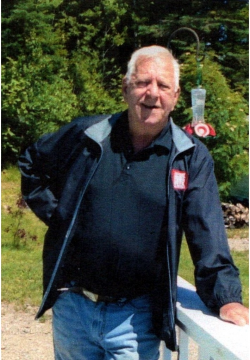 The passing of Laurence "Larry" Randall Fiander, husband of Diane Little of Utopia, NB occurred at the Charlotte County Hospital, St. Stephen, NB on September 30, 2021 with family by his side. Born in St. Stephen, NB on November 1, 1945, he was the son of the late Robert (Randall) and Audrey (McKay) Fiander Beckerton.

Arrangements in the care of the St. George Funeral Home (755-3533) 26 Portage Street, St. George, NB. In keeping with Larry's wishes, there will be no visiting. A graveside service will be held on Sunday, October 3 at 2:00 pm from the Bocabec Community Cemetery, Bocabec, NB, with Archdeacon John Matheson officiating.

In Larry's memory, donations to the NB Heart & Stroke Foundation or to a charity of the donor's choice would be appreciated by the family.