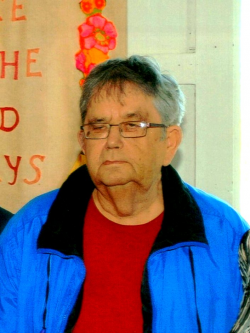 The passing of Donald Lloyd Turnbull, husband of the late Zelda J. (Leavitt) Turnbull of Pennfield NB occurred at the Charlotte County Hospital, St. Stephen NB on September 27, 2021. Born in Digby NS on March 28, 1938, he was a son of the late Lloyd and Ruby Turnbull. A loving father, grandfather, great-grandfather and brother, Donald is survived by his sons: Donald Jr. (Christina) Turnbull of Elmsville NB and Dwayne (Angela) Turnbull of Pennfield NB; grandchildren: Robert, Mark, Amanda, Quentin and Josh; great-grandchildren: Adysen, Easton, Noah, Tori and Beckett; one brother: Lloyd Turnbull of Nova Scotia; sisters: Rae "Sis" Oliver, Lorna Cummings and Wendy (Terry) Weir all of Nova Scotia; several nieces, nephews and cousins. In addition to his parents, Donald was predeceased by his siblings: Bob, Ernie and Lois.

In keeping with Donald's wishes there will be no visiting or funeral service. In his memory, donations to a charity of the donor's choice would be appreciated by the family.