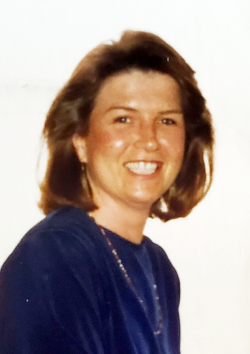 After a lengthy illness with COPD, Joan Louise Pendleton passed away at the Saint John Regional Hospital, Saint John NB on September 10, 2021. Born in St. Stephen NB on September 1, 1955, she was a daughter of the late Maurice and Flossie (Brown) Pendleton. A loving mother, sister and aunt, in addition to her son, Jordan Allen of Saint John NB, she is survived by her two brothers: Roy (Karen) Pendleton of Lambertville NB and Clifford (Kim) Pendleton of Bocabec NB; one sister: Alica Pendleton of Pennfield NB; two brothers-in-law: Jeff Justason of Lords Cove NB and Donavon Frye of Lambertville NB; chosen grandchildren: Rylee and Naomi; and several nieces, nephews and cousins. In addition to her parents, Joan was predeceased by her sisters: Judy Stuart and Dixie Frye; brother-in-law: Peter Stuart; and sister-in-law: Tena Pendleton.

Joan was well-known for her independent, adventurous spirit and her love of her family. Her love and devotion to her family will always be remembered and cherished.

Prior to retirement, Joan worked as an administrator and bookkeeper. She worked with various organizations and businesses in New Brunswick and in Western Canada. One of her early jobs was with her Dad at Deer Island Fuels and Heating Inc. in Lord's Cove where she grew up. She was also very proud of her work as the Branch Manager for the Deer Island Credit Union during the early years of establishing and building membership.

Arrangements in the care of the St. George Funeral Home (755-3533) 26 Portage Street, St. George NB. Resting at the Lord's Cove Church of Christ, Lord's Cove NB with visiting on Tuesday from 2-5 pm. A graveside service will be held on Wednesday at 2:00 pm at the Fairhaven Community Cemetery, Calder's Head NB. In lieu of flowers, donations to the New Brunswick Lung Association or to a charity of the donor's choice would be appreciated by the family.