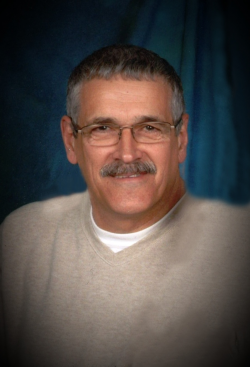 Norman left school at an early age to work on different fishing boats: lobster, scallop, herring and draggers. On November 4, 1974, he moved to Blacks Harbour and worked for Connors Bros., Impress/Ardagh for 38 Years. In 1988, he was promoted to Shift Supervisor until his retirement in 2011. On June 7, 1975, he married the love of his life, Brenda McGarrigle. Norman served on the Blacks Harbour Fire Department for 13 years. He was also a volunteer ambulance driver for a number of years. In June 1979, Norman joined the Blacks Harbour Police Department for approx. 11 years. He enjoyed moose hunting with his best friend, Roger Paris, spending time on his computer, listening to French Acadian music, going for long walks, going to Tim Horton's and spending good times with his family and friends. Norman enjoyed nothing more than spending time with his grandson Ben, who he loved so much.

A special thanks to the nurses and staff of the NB Extra-Mural program, Kindred Home Care, Bobby's Hospice, Charlotte County Cancer Society, St. George PharmaChoice, and Norman's special nurse, Lynn Tucker. Norman's family will be forever grateful to our wonderful families for all of their help and love. In Norman's memory, a donation to the Charlotte County Cancer or Bobby's Hospice would be appreciated by the family.