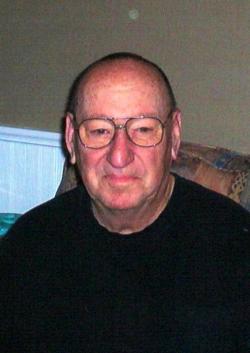 Eric served his country as a member of the Royal Canadian Navy. After leaving his posting, his brother-in-law Stan Miller introduced him to Welding and he went on to become an Ironworker with Rob Engineering in Amherst NS and a member of Local 721 until his retirement in 1991. Upon moving to L'Etete in 1994 he began fishing and boating to pass his time. He also enjoyed building boat trailers has a hobby. A true family man, Eric loved his family and friends beyond words and without them he often said "I have nothing." His love and devotion to his family will be sadly missed.

Arrangements in the care of the St. George Funeral Home (755-3533) 26 Portage Street, St. George NB. In keeping with Eric's wishes, there will be no visiting or funeral service at this time. He will be interred at a later date in Northport NS on his family's lot. In his memory, donations to Green's Point Lighthouse Association, Charlotte County Cancer, Bobby's Hospice or to a charity of the donor's choice would be appreciated by the family.