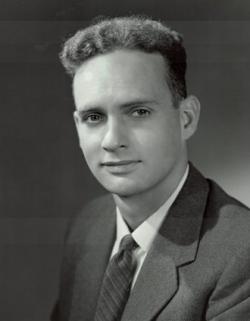 He is survived by his nieces, Shannon Louise (Walker) Crofts, and Jennifer Jane (Walker) Worsley both of British Columbia. He is pre-deceased by his mother: Mary Louise Jackson, his father: Geoffrey Cecil Roberts Jackson, and sister: Valerie Rosemary Walker.

David left London as a World War II survivor of the London Blitz, sailing after the war to Canada with his mother and sister. He grew up in Vancouver, where he graduated as Valedictorian from Lord Byng Secondary, and then attended the University of British Columbia, pursuing his career in political science and economics, wining the IODE War Memorial Scholarship in 1958.

David spent his life representing Canada overseas as a Foreign Diplomat. International postings included Trade Commissioner in Hong Kong and Political Consul in Berlin, Germany, Commissioner in Siagon, Vietnam, and Laos, and appointed Canadian Ambassador for Syria and Lebanon in 1982.  He was one of the last few Embassy members that remained during the international exodus of Beirut in 1984.

So many details of his extraordinary life and career have passed with him but he is loved, honoured and remembered.  Our sincere thanks and tribute go to the staff at Fundy Nursing Home in Blacks Harbour for providing such comfort to David in his final years.