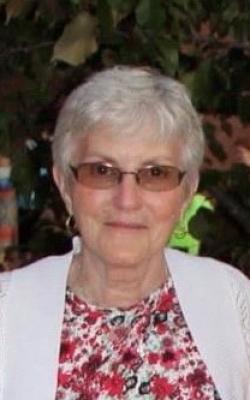 Marie Jacqueline "Jackie" (Doucet) Nickerson, age 75 of Blacks Harbour, NB passed away on May 14, 2021 peacefully with the love of her family by her side at Bobby’s Hospice, Saint John, NB, following a very brave and dignified battle with cancer. Born May 24, 1945 in Hubbard’s Point, Nova Scotia, Jackie was the daughter of the late J. Roger and A. Gertrude (LeBlanc) Doucet.

Aside from her parents, she was predeceased by six brothers, Pierre and Victor (both in infancy), Ulysses, Joshua, Abel and Leo and a sister Celeste (also in infancy).

Jackie was a self-reliant and independent woman who strongly believed that no matter what knocked you down in life, you got back up and kept going; you never gave up. She was an encourager who did not focus on the negative; she believed in being part of the solution not the problem. She loved all animals and believed when she looked into the eyes of an animal, she did not see just an animal she saw a living being, a soul, a friend. In her younger years she was an avid bowler and a lifelong, vocal, baseball and hockey fan. Staying true to her Acadian roots, which she was very proud of, she mastered the skill of making rappie pie early on in life and passed the skill and tradition down.

Jackie was a member of the St. George Catholic Church who was strong in her faith and regardless of what happened in her life her faith never faltered.

Jackie worked at the Alwood Plant in Yarmouth, NS prior to moving to Saint John, NB with her family in 1978. The remainder of working career was with T.S. Simms in Saint John, NB.  She was a dedicated employee who was the epitome of an honest day’s work. She forged many friendships during her time at Simms and spoke of the people there often. Upon her retirement she moved back to her home province of Nova Scotia, settling in Lower Eel Brook; where many stray cats found their permanent and loving home. In 2015 Jackie moved back to New Brunswick to be closer to her children, grandchildren, and great grandchildren. She was able to spend valuable time with her family until her final days.  Jackie was a loving and kind mother, grandmother, great grandmother, aunt, and friend – she will be greatly missed.

A sincere thank you to Extra-Mural for your care and kindness given to Jackie while she remained living at home. Her family also wishes to extend their heartfelt gratitude to the staff at Bobby’s Hospice for the wonderful care given and compassion shown to Jackie during her time there; it will be remembered always.

In Jackie’s memory, donations to Bobby’s Hospice or your local SPCA would be greatly appreciated by the family. At the family’s request, family flowers only.