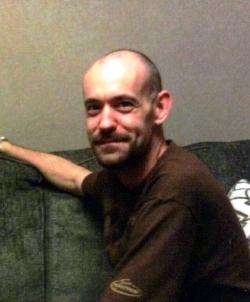 The passing of Justin Thomas Ferguson occurred unexpectedly at his residence in Saint John NB on May 11, 2021. Born in Saint John NB on January 30, 1984, he was the son of Stirling and Laurie (Belding) Ferguson. A loving son, grandson, brother and uncle, in addition to his parents, Stirling and Laurie, Justin is survived by his sister: Sabrina Storey (James); nieces and nephews: Raven and Keegan; his paternal grandfather; Clarence Ferguson (Esther); his maternal grandmother: Barb Belding-Sabine (Grant); several aunts, uncles, cousins and friends. Justin was predeceased by his paternal grandmother: Florinda Ferguson; maternal grandfather: Darrell Belding.

Justin was employed in the oil fields in Alberta and also was employed as a window cleaner/replacer working on many sky rises in Calgary. An avid outdoorsman, he enjoyed hunting, fishing and camping. He spent his free time hanging out with his friends, playing pool and loved to be with his dog, Shady.

Arrangements in the care of the St. George Funeral Home (755-3533) 26 Portage Street, St. George NB. Visitation will be held at the funeral home on Friday from 4-7 pm. A graveside service will be held at the Chance Harbour Cemetery, Loop Road, on Saturday at 11:00 am with Rev. Jason Hooper officiating. In lieu of flowers, donations in Justin's memory to the Crohn's and Colitis Society or to your local SPCA would be appreciated by the family.