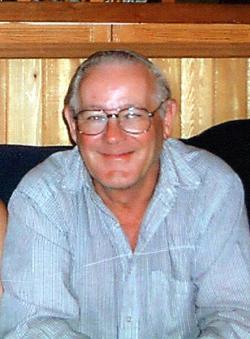 The passing of Eugene Allard Savoy, husband of Terry (Stuart) Savoy of Blacks Harbour NB occurred peacefully at the Saint John Regional Hospital, Saint John NB on April 7, 2021, with loved ones at his side. Born in Newcastle NB on June 21, 1944, he was a son of the late Peter and Suzanne (St. Coeur). A loving husband, father, grandfather, great-grandfather and brother, in addition to his wife, Terry, Eugene is survived by three daughters: Carolyn (Jeff) of Alberta, Laura (Jaimie) of Blacks Harbour NB and Andrea (Paul) of Saint John NB; his grandchildren: Nicole (Donald), Joshua and Trisha (Eli) all of Alberta, Tanisha of St. Stephen NB and Alana and Briana both of Blacks Harbour NB; great-grandchilden: S.J. and Donny both of Alberta; two brothers: Alex (Diane) of Blacks Harbour NB and Roger (Lynn) of Sussex NB; one sister: Agnes (Clayton) of St. George NB; and many nieces, nephews and cousins. Besides his parents, Eugene was predeceased by his brothers: Louie, Raymond, Gilbert, Romeo, Peter and Michael; one sister: Muriel.

Eugene was employed with Connors Brothers in Blacks Harbour for most of his working life. In his later years he was the owner and operator of "Papa's Place." He was an avid outdoorsman who enjoyed both hunting and fishing and had many stories to tell about being at the Gypsy Bus! He loved sports and enjoyed curling, hockey and playing darts. In his free time, he could often be found with a guitar in hand. Eugene looked forward to his annual hunting trips with his brothers, where many tall tales were told, but most of all he loved his grandchildren and seeing them brought tremendous joy to his life. His love and devotion to his family will be sadly missed.

Arrangements in the care of the St. George Funeral Home (755-3533) 26 Portage Street, St. George NB. As keeping with Eugene's wishes, there will be no visiting or funeral service. In his memory, donations to Charlotte County Cancer would be appreciated by the family.