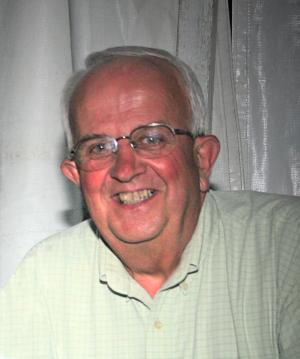 The passing of Vance E. Craig, husband of Mary Anne (Caldwell) Craig of St. George, NB, occurred on March 1, 2021, after a stay at the Saint John Regional hospital.Born on August 31, 1940, in Bonny River, NB, to the late Sarah Isabella (Matheson) and Herbert Allison Craig, Vance grew up on his parents’ farm with his four siblings and attended a one-room community schoolhouse in his early years.

A deeply caring husband, father, and papa, Vance is cherished and survived by his partner of 52 years, Mary Anne, and their 3 children:  Heather Craig of Cole Harbour, NS, David (Tracy) Craig of Utopia, NB, Alyson (Craig) MacDonald of Dartmouth, NS; his much-loved grandchildren:  Charlie, Kate, Johnny, and Matthew; his siblings: Eleanor (Harvey) Dougherty, Alan (Mary) Craig, and Marilyn (Rod Campbell) Frost; his sister-in-law: Susana Caldwell; and many nieces, nephews, and cousins.He was predeceased by his older brother Donald and his brothers-in-law, Sonny Frost, and George Caldwell.

Vance devoted much of his life to improving and promoting his community through selfless service.  He was Chairman and member of the NB Provincial School Board (District 21), a two-term Mayor of the Town of St. George, a charter member and former President & Secretary of the St. George Rotary Club, and served on countless boards, associations & community projects. A member of the historic Presbyterian Kirk of St. George since 1970, Vance served as Treasurer for 25 years and enjoyed the fellowship of the close-knit congregation.

In his professional life, Vance operated a successful insurance brokerage until his retirement.  Prior to that, he was the Corporate Secretary & Office Manager at Connors Bros. for a decade, and an Assistant Branch Manager and clerk at various branches of The Bank of Nova Scotia. Vance received the Canada 125 Commemorative Medal in 1992 in recognition of his significant contributions to compatriots, community, and Canada.  He was also awarded the prestigious Paul Harris Fellowship from the Rotary Club in 1995.

His greatest contributions were perhaps to his children and their friends, driving them to endless hockey games, basketball practices, and volleyball tournaments.  He was also a fantastic dancer and loved to cut a rug with his favourite partner, Mary Anne.  He drew his joy from his family, friends, & community and will forever be remembered for his generosity of spirit and jolly laughter.

Any memorial of Vance would be remiss if it did not mention his love of baseball in general, and the Toronto Blue Jays in particular, even though they can never seem to get it together to win another World Series. If you wish to make a remembrance in Vance’s name, his family asks that you perform an act of service to your community by volunteering your time and skills, or by donating to a food bank or local charity.

Arrangements in the care of the St. George Funeral Home (755-3533) 26 Portage Street, St. George NB. Due to Covid-19 restrictions, there will be no funeral service or visitation, but a memorial will be held later in the summer.