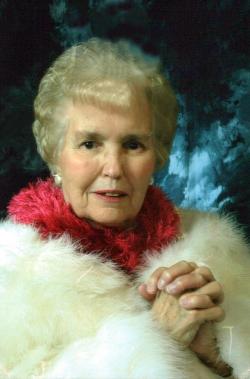 The passing of Shirley Irene Doughty, wife of Donald I. Doughty of Fairhaven NB occurred at the Passamaquoddy Lodge, St. Andrews NB on February 26, 2021. Born in Oshawa ON on October 15, 1937, she was a daughter of the late Lewis and Irene (Vallant) Shortridge. A loving wife, mother, grandmother and great-grandmother, in addition to her devoted and loving husband Don, she will be sadly missed by three sons: Kenneth (Bonnie) Doughty of Fredericton NB, Robert "Bob" (Janice) Doughty of Fairhaven NB and Douglas (Joan) Doughty of Toronto ON; two grandchildren; two great-grandchildren; and several cousins. Besides her parents, Shirley was predeceased by one brother in infancy.

Arrangements in the care of the St. George Funeral Home (755-3533) 26 Portage Street, St. George NB. In keeping with Shirley's wishes, there will be no visiting. A graveside service will be held at the Fairhaven Community Cemetery, Calder's Head NB in the spring. In Shirley's memory, donations to Passamaquoddy Lodge or to a charity of the donor's choice would be appreciated by the family.