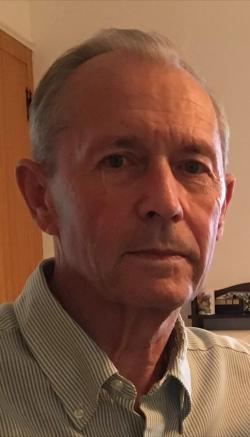 Edwin "Eddie" Vance Leighton passed away peacefully at the Fredericton Hospice on January 31, 2021 after a hard-fought battle with cancer. Born in Beaver Harbour, NB, on February 21, 1943, he was the son of the late Wilfred "Bill" and Glenna Leighton (Hawkins). In addition to his parents, he is predeceased by one son: Michael Vance Leighton and two sisters: Janet Leighton and Arlene (Clarence) Johnson.

Eddie was a carpenter by trade, known for his fine craftsmanship. In addition to carpentry, he had many other skills and talents, able to repair most anything, including his cherished 1951 Ford tractor bequeathed to him by his father. Eddie was a quiet man who took pleasure in the simple things in life such as long walks in the woods and classic country music. It was however, time spent with his grandchildren, great-grandchildren, great nieces and nephews that brought him the most joy.

Arrangements are in the care of the St. George Funeral Home, 26 Portage Street, St. George, NB. Due to Covid-19 restrictions, a private family service will be held at the funeral home on February 5, 2021. An interment will be held at the Pennfield Rural Cemetery in the spring. In his memory, donations to the Charlotte County Cancer Society, Fredericton Hospice or to a charity of the donor's choice would be appreciated by the family.