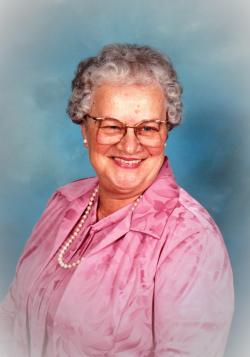 The passing of Vera Beurle (McEachern) Stuart, wife of the late Herbert Stuart, formerly of Lambert's Cove NB occurred at the Passamaquoddy Lodge, St. Andrews, NB on October 14, 2020. Born in Saint John NB on April 29, 1922, she was the daughter of the late James and Nellie (Oram) McEachern. A loving mother, grandmother and great-grandmother, Vera is survived by two sons: Timothy Stuart (Linda) of Chamcook NB and Gilbert Stuart (Noranne) of Lambert's Cove NB; grandchildren: Matthew (Erica), Stephen (Krista), Bryce (Morgan) and Alyse (Mark); great-grandchildren: Felicia, Stephanie, Oliver, Nora, Finn and Hadley; and several, nieces, nephews and cousins. In addition to her parents and husband Herbert, Vera was predeceased by her first husband: Harold Kenney; and by one brother: Gilbert McEachern.

Prior to her retirement, Vera worked in various industries including the factory in Fairhaven and local retail stores. Her home was known to be the family hub where everyone gathered. She was a very generous soul who loved her family and devoted as much as she could to them. Active in her community, Vera spent time as a Brownie Leader and was a member of the Lord's Cove Church of Christ Choir, where she was a longtime member. She was a member of the Deer Island Seniors Club and also a member of the Order of the Eastern Star. In her quiet time she enjoyed quilting and knitting. Her love and devotion to her family will always be remembered and cherished.

The family would like to thank the staff at Passamaquoddy Lodge for their care and compassion shown to Vera over the last couple of years. Your hard work never went unnoticed and was always appreciated.