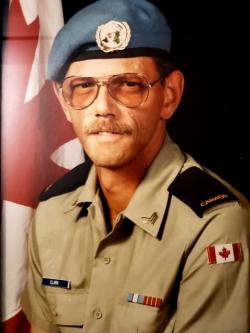 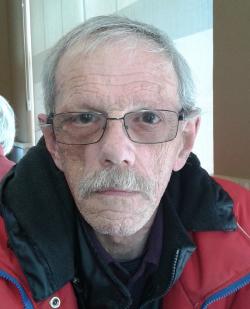 Jim was a veteran of the Canadian Armed Forces. He served with the Princess Patricia's Canadian Light Infantry and later with the Engineering Corps. Jim served twice as a UN Peacekeeper in Cyprus. Following his retirement from the service, he worked as Maintenance Manager for hotels in both New Brunswick and Ontario. In 2012, Jim retired to St. George to be closer to his family and friends.

Arrangements in the care of the St. George Funeral Home (755-3533) 26 Portage Street, St. George NB. The family will be receiving friends for a celebration of Jim's life at the Pub on Main, St. George NB on Sunday, March 15, 2020 from 2:00 - 4:00 pm. In Jim's memory, donations to the Lung Association or to a charity of the donor's choice would be appreciated by the family.
www.stgeorgefh.ca
Click here to View Condolences
Service Date
Sunday, March 15, 2020
Service Time
2-4 pm
Service Location
Pub on Main, St. George NB
Requested Charity
Lung Association or Donor's Choice