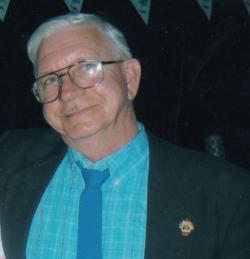 It is with saddened hearts that we say farewell to Waitstill Brian Scott, beloved husband of Gladys "Bonnie" (Thompson) Scott of Blacks Harbour NB who was called home on Monday, September 7, 2020. He was born on December 27, 1944 in Honeydale, NB to the late Eldon and Mildred (McLaughlin) Scott. Waitstill is survived by his loving wife of 56 years, Gladys "Bonnie"; three children: Michael (Kelly), Kathy (Barry) and Lesa (Wayne); two sisters: Faith and Charlene; six grandchildren: Elaine (Alex), Christopher (Becca), Katelyn (Justin), Rachael (Sean), Jordan and Sarah and five great-grandchildren: Ivy, Elizabeth, Harper, Issac and Emery. Besides his parents, He was predeceased by his three brothers: Wynn, Clyde and infant Scott and sisters: Bertha and Phyllis.

Waitstill enjoyed his long career with NB Power as well as the simple things in life which included evening drives with the love of his life and spending time with his family which meant the world to him. He was the rock that so many people, including his family could depend on. His life was a reflection of his loyalty, honesty, love and compassion to those who knew him. He believed that anything worth doing was worth doing right. Waitstill was also a strong supporter of the Heart and Stroke Foundation of New Brunswick which he canvassed for annually.

Arrangements are under the direction of the St. George Funeral Home and Crematorium (755-3533), 26 Portage Street, St. George NB. There will be no visiting. A graveside service will be held at the Pennfield Rural Cemetery, Pennfield NB on Friday, September 11, 2020 at 2pm with Rev. Mike Scott officiating. In Watstill's memory, donations to the Heart and Stroke Foundation of New Brunswick, Charlotte County Cancer Society or a charity of the donors choice.