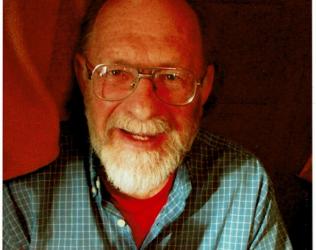 It is with great sadness that we announce the peaceful passing of Philip Webb on Friday, August 28, 2020 at the Saint John Regional Hospital, Saint John NB. Son of the late William and Dorothy Webb of Woodstock Ontario. Husband to Carrie Webb and loving father of William (Natasha), Luke (Jen) and Robert Webb. Philip also leaves behind a daughter, Catherine Widjedal (Anders) and son Christopher Webb (Alison) from his first marriage to Patricia Webb. Philip will be deeply missed by his eight grandchildren and by his brothers/sisters; Paul Webb, James Webb, Dale Webb, Judith McHardy and Evelyn Byers.

Philip was born and raised in Woodstock Ontario and attended Woodstock Collegiate Institute. After graduation he went on to study fine art and become a fellow of the Ontario College of Art in Toronto and later earned a BA from the University of Guelph. Philip was a very talented artist and art teacher and followed this profession for many years, teaching art in Barrie Ontario and later at Sir Sandford Fleming College in Peterborough. Philip always had a love of sailing, archery, books and the sea. Eventually Deer Island NB became his full time home where he and his family operated the Happy Shoppe (rare books, antiques and archery). As a master bowyer Philip enjoyed creating longbows and sharing the joy of archery worldwide. All the while always ready for a "good yarn". Due to current public health restrictions, the family will hold a private service. In lieu of flowers or donations, please give to the Terry Fox Foundation.
www.stgeorgefh.ca
Click here to View Condolences
Requested Charity
Terry Fox Foundation