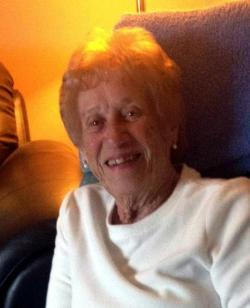 A hairdresser by trade she also at one time owned a food take out and spent many years as the island bus driver. She spent nearly 25 years traveling to Florida and staying at her home there. Fear had no place in the heart of this woman en-route to Florida. Barbara was at her happiest when she was serving 30+ family members for special occasions and always made sure to send extra home. She loved being a resident of Chocolate Cove and baking and delivering bread to her family and friends. Barbara was also a dog lover and had many four legged companions over the years.

Barbara was a member of the Fairhaven United Baptist Church and the Order of the Eastern Star and she enjoyed the company of her friends and family there.