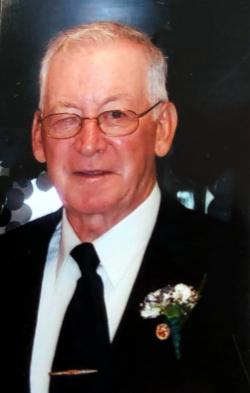 It is with great sadness that the family of Thomas Walter Miller announce his passing, on April 13, 2020 at the Fundy Nursing Home, Blacks Harbour NB, peacefully with his wife by his side.

Tom was born in Saint John, NB on March 7, 1936 to the late Frank and Kathleen Miller. He spent his life living in Beaver Harbour, with his family close by, working as a fisherman prior to his retirement. He was an avid outdoorsman who loved to hunt and spend time at his camp in Foleys. In his younger years you could find him at the local arena, curling or coaching his hockey team. Tom was a devoted member of the Stella Maris Catholic Church in Blacks Harbour and was a 4th Degree Knight with the Knights of Columbus. He also spent several years as a member of the Eastern Charlotte Lions Club. Tom was a strong, kind, and loving man who always put his family and faith above anything else. He will be deeply missed by all who knew him.

The family would like extend their sincere thanks to the care staff at the Fundy Nursing Home, Floor 2 at Charlotte County Hospital and the Eastern Charlotte Extra Mural for all of the wonderful love and care provided to Tom during his battle with Alzheimer’s.