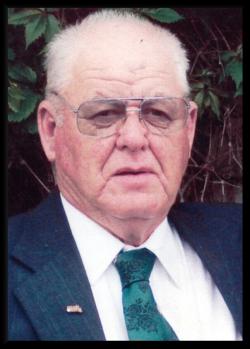 Prior to retirement Albert worked for several years in the woods, both cutting and hauling wood. He later became a foreman at Fundy Contractors where he was employed for 30 years. He was an avid outdoorsman who loved hunting and fishing and spending time at his camp. A auto enthusiast, Albert had a deep love for Antique Cars and was a member of Charlotte County Antique Car Club. Albert was also a member of the Sea View Full Gospel Church in Back Bay and he will be missed greatly by all who knew him.

Arrangements in the care of the St. George Funeral Home (755-3533) 26 Portage Street, St. George NB. As keeping with the current Covid-19 precautions, visiting for Albert will be private. A private graveside service will be held at a later date at the Second Falls Baptist Cemetery, Second Falls NB with Rev. Gordon Cooke officiating. In Albert's memory, donations to a charity of the donor's choice would be appreciated by the family.
www.stgeorgefh.ca
Click here to View Condolences
Service Location
Second Falls Baptist Cemetery, Second Falls NB
Requested Charity
Donor's Choice