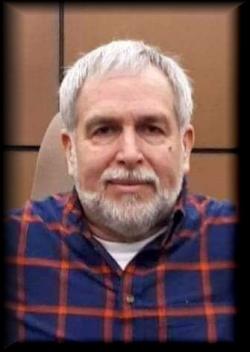 On March 28, 2020, surrounded by people he loved, Stephen Eugene Hatt passed away at the Saint John Regional Hospital, Saint John NB. He was born in Blacks Harbour NB on May 9, 1955 to Sherman and Ellen Hatt and he lived his whole life in St. George and surrounding area. He loved his town where he grew up and Lake Utopia was a special place for him as well.

Stephen was a man with a big caring heart. He put the needs of others first and asked nothing in return. He was kind and gentle and enjoyed the small things in life. Stephen was a good husband, a good father and grandfather, a good son, good brother and a good friend and worker. He loved to play tennis and watch the Opens on TV. He enjoyed doing crossword puzzles, playing crib and scrabble and was known to be competitive, not allowing you to bend the rules, even with his grandchildren.

Stephen was a member of the St. George Baptist Church. In past years, he served as a Deacon and was active in other ministries.

Arrangements in the care of the St. George Funeral Home (755-3533) 26 Portage Street, St. George NB. Funeral services for Stephen are incomplete at this time and will be announced at a later date. In his memory, donations to a charity of the donor's choice would be appreciated by the family.
www.stgeorgefh.ca
Click here to View Condolences
Requested Charity
Donor's Choice