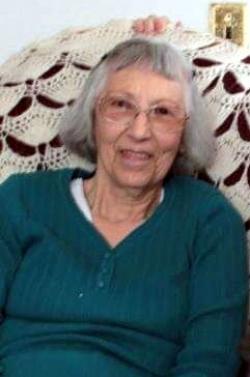 The passing of Jacqueline Yvonne (Crosby) McAfee of Utopia NB occurred at the Saint John Regional Hospital, Saint john NB on Sunday, January 12, 2020. Born in Charlotte County NB on October 10, 1938, she was the daughter of the late Thomas and Lillian (Lord) Crosby. A loving mother, grandmother and sister, Jacquie is survived by her daughters: Andrea Brewing (Peter) of Baxter's Corner and Nancy McAfee of Saint John; grandsons: Thomas (Theresa) Clowater of Esquimalt BC and Aaron McAfee of Baxter's Corner NB; her brother: Charles "Chuck" (Linda) Crosby of St. George NB; her nieces: April (Trevor) Lomax and Katie (Tyson) McGee both of St. George NB; her nephew: Tony (Christina) Crosby of Ontario; as well as several cousins. In addition to her parents, she was predeceased by a nephew: Charles David Crosby.

Jacquie worked for Boyd Bros Home Hardware for over 25 years and was known through the town as the "go to person" for anything needed at Boyd Brothers. Prior to her employment at Boyd Brothers, she served with the Royal Canadian Navy in the WREN Division in Communications from 1955-1963 both in Cornwallis and Stadacona. Following her retirement, Jacquie was able to spend more time following her passions, including gardening and crocheting and was known as a "through the window photographer" taking many photos of the birds and wildlife. She was a former member of the St. George Baptist Church, where she taught Sunday School, was a Leader of the Explorers and she volunteered yearly at their vacation bible school. Later she transferred her church membership and began to attend the Back Bay Church of Christ where she served as co-treasurer. She will be sadly missed by her family and friends.