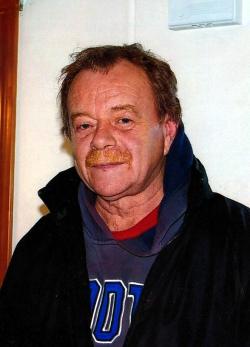 It is with sadness that we announce the passing of Kenneth Clyde Matthews, 65, of Mascarene New Brunswick. After a lengthy illness, he passed away on December 19, 2019 at the Charlotte County Hospital, St. Stephen, NB.

“Kenny” was born on November 24, 1954 in Saint John. He spent some of his childhood at Spruce Lake, but while quite young, he and his family moved to the old family homestead in Mascarene. He always considered Mascarene his home. He loved it there.

Kenny enjoyed country life. Growing up he was an avid sportsman engaging in horseback riding, skidooing, ATVing and hunting. As a sports enthusiast, he had a particular interest in hockey and baseball. He also held an interest in politics and always had an opinion to share. He loved life. He valued his friends and took great pleasure in a friendly chat and a good laugh. He kept his sense of humour until the end.

In his younger years he was a tradesman receiving training in both plumbing and welding. He worked as a welder at the Saint John Shipbuilding and Dry Dock Company for a period of time but later became self employed in the forestry industry. He continued in that line of work until his health failed him. He was happiest when he was in the woods and operating heavy equipment.

Kenny will be deeply missed by a long time, dear and faithful friend and confidant, Madge McVicar. They kept in touch and in recent years she spent numerous hours and days with him. He truly valued her friendship and care.

He is survived by one daughter Margaret McDevitt of Saint John, one sister Judith Laventure (James) of Moncton and one nephew, Mark Laventure (Holly) of Dartmouth as well as several cousins.

He was predeceased by his parents, Lawrence and Alice (Mawhinney) Matthews.

Arrangements in the care of the St. George Funeral Home (755-3533) 26 Portage Street, St. George NB. While there will be no visitation, a graveside service will be held at the Mascarene Baptist Cemetery, Mascarene NB in the Spring. In Kenny's memory, donations to Charlotte County Cancer would be greatly appreciated by the family.